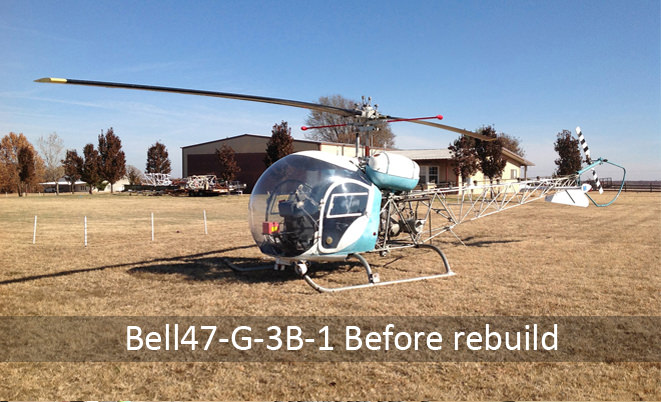 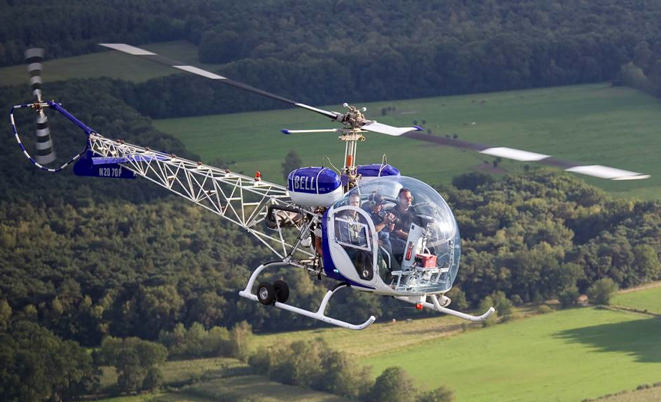 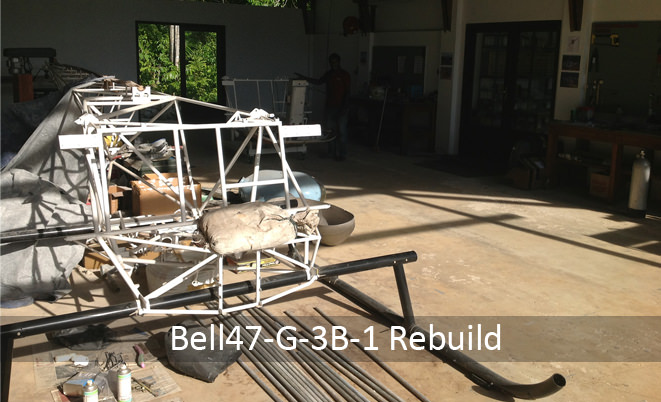 The Bell 47G-3B-1 is the most powerful Bell 47 helicopter build. Most Bell 47G-3B-1 were actually called TH-13T and were military instrument trainers build between 1963 & 1968. Our first Bell 47G-3B-1 (Yellow) is such a model from 1967 while the second one (White/Blue) is a parts helicopter based on the TH-13T and for a large part build from NOS (new old stock) parts that were purchased from all over the planet however the majority of the parts came from OK USA.

We chose for the Bell 47 because it is an uncomplicated proven concept that has flown millions of hours all over the world and held up to abuse. Both in Korea and Vietnam the Bell 47 was known by the nick name "Angel of Mercy" due to the fact that the Bell transported as many as 18.000. wounded soldiers back from the frontline to medical facilities and so saved a lot of lives.

It is very well build stable and a proven concept. Now many years after they were build a large number of this type of helicopter is still being used commercially. No other helicopter has such a proven track record.

The Bell 47 holds many records and there is a reason for that!